The Lappvattnet and Rormyrberget nickel deposits are located in the eastern part of the Vasterbotten District, 60 km and 100 km respectively east of the Company’s Knaften gold exploration project. The deposits are held 100% by Gungnir under two separate permits covering an area of 471.3 hectares. The properties are accessible year-round with good transportation and industrial infrastructure including shipping facilities as there are a number of active mines in the area. They collectively host 177 million pounds of nickel in inferred resources based on NI43-101 resource estimates commission by Gungnir in 2020. 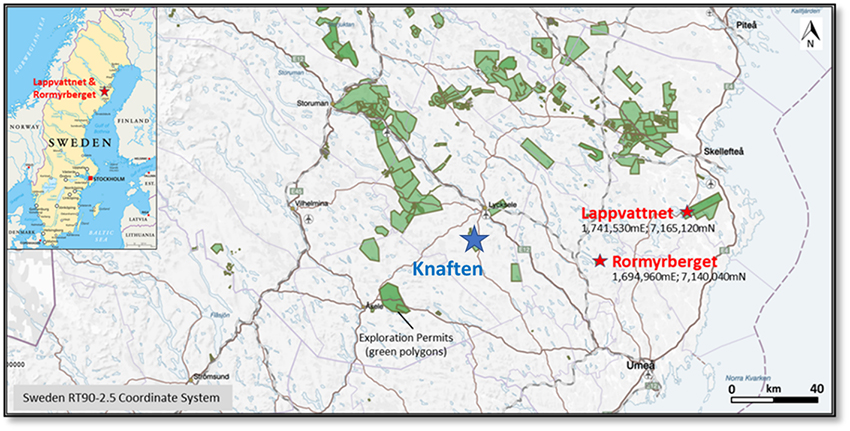 The deposits were discovered in the 1970’s by the Swedish State Mining Property Commission (NSG) and were subsequently held by Outokumpu Mining. Exploration included geophysical surveying, extensive drilling (~35,000 metres), metallurgical test work as well as development of an exploration shaft and drifting on the 120-metre level at the Lappvattnet deposit and initial resource estimates for both deposits in 1987. Most recent work (from 2003) includes geophysical surveys and drilling by North Atlantic Natural Resources or NAN (owned by Lundin Mining) and Blackstone Ventures Inc. under an option agreement with NAN in 2006. Following confirmation drilling at both deposits, Blackstone contracted Reddick Consulting Inc (“RCI”) to up-grade the 1987 historic resources. (RCI report; see Note 1). Shortly after completion of the RCI report, Blackstone shelved the projects due to the major collapse in the price of nickel in 2007 through 2009. The permits were finally cancelled by the Swedish mining authority and both deposits came open for staking, and Gungnir quickly submitted applications to acquire both deposits in 2015.

The Lappvattnet and Rormyrberget deposits are both magmatic nickel sulphide accumulations with tectonic, structural, and geological similarities to documented Ni-Cu mines. The deposits occur in ultramafic intrusions hosted by metagreywackes and biotite-graphite gneisses. Sulphides consist of pyrrhotite, pentlandite and chalcopyrite. The Lappvattnet is largely a massive sulphide body that dips steeply to the south and plunges shallowly eastward. Mineralization at Rormyrberget consists of both massive sulphide and wider disseminated zones. 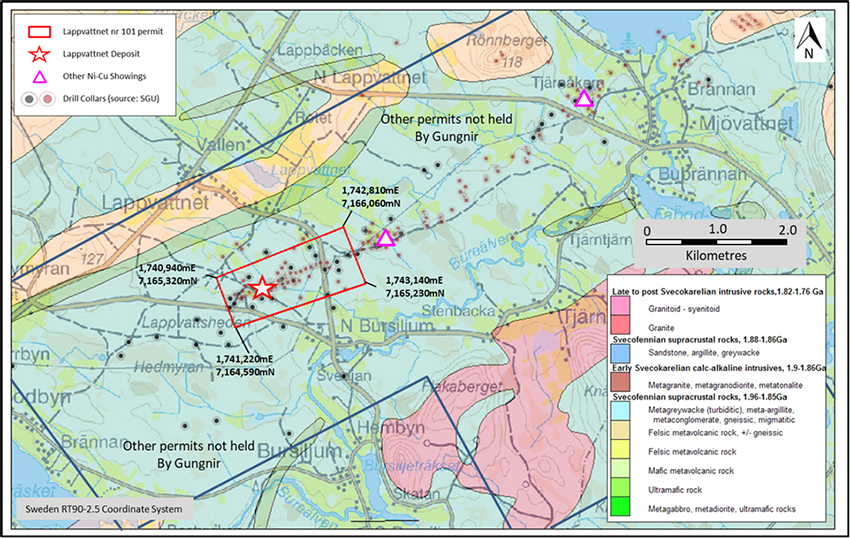